Neighboring the country, Malaysia can really be a vacation destination if you want to feel the sensation of going abroad.

It only takes about two hours by air, Friends Dream can invite family and friends to enjoy the beauty of the country, from tourist attractions to delicious culinary delights.

One of the cities in Malaysia that you can visit is Melaka.

This charming city is a UNESCO world heritage site with a rich trading history and heritage from various cultures. Melaka is a lot of fun to explore and is about two hours from Kuala Lumpur.

Tengkera Melaka Mosque or Tranquerah Mosque, is one of the oldest mosques in Malaysia which was built in 1728.

The brick structure of the historic mosque is now more than 200 years old and features a Sumatran-style faade.

This mosque also has a minaret that resembles a pagoda with Chinese influence.

This mosque also displays several combinations of cultural elements in its architecture, such as Javanese, Malay, Chinese and Indonesian/Nusantara.

As one of the tourist attractions in Melaka that must be visited, you can go to the mosque via the road to Port Dickson, Melaka for about two kilometers.

When you visit Melaka, don’t forget to visit the mandatory place, namely Stadthuys which is a historical destination that has been around since the Dutch occupation in 1650.

Stadthuys is a name derived from the old spelling which when translated means city hall and functioned as the governor’s office at the time. 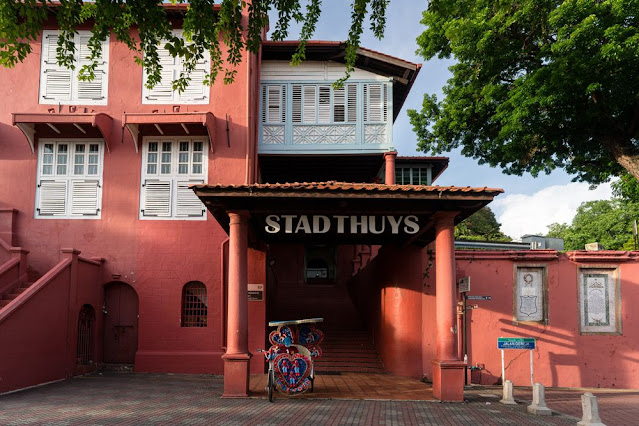 This massive red building showcases all the natural features of Dutch colonial architecture including large sturdy doors and louver windows.

After being completed until 1980, Stadthuys was used as the administrative center of government for 300 years. While in the area, you can visit some of the main attractions in Melaka, including the History and Ethnography Museum, Queen Victoria Memorial Fountain, Dutch Square, Christ Church, and many other beautiful historical buildings.

This is the traditional tomb of Hang Jebat, a high-ranking Malay warrior during the reign of Sultan Mansor Syah.

The burial place of Hang Jebat or commonly known as the Hang Jebat Mausoleum is famous as a magnificent burial place dedicated to Hang Jebat, a legendary warrior and close friend of the great hero of Melaka, Hang Tuah. 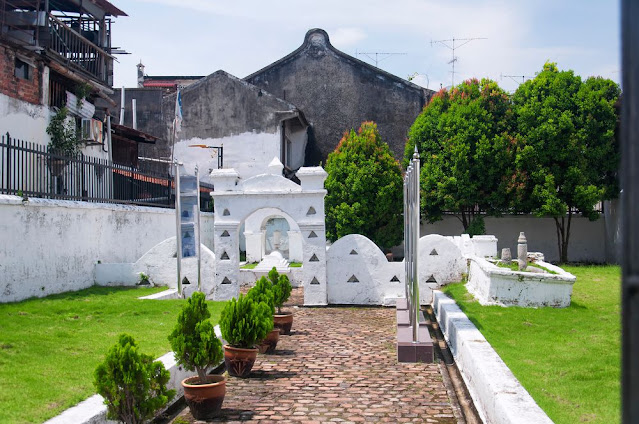 When you enter the mausoleum, you will be greeted with ancient Jawi writing engraved on the entrance as a sign that you have entered the burial area of ​​the legendary hero.

These jawi scripts generally stand side by side with Aceh-style tombs which are usually used to mark the burial places of sultans or high-ranking ministers.

When you want to visit a unique tourist attraction, the Malacca Maritime Museum is one of the must-visit attractions while you are there.

You can see the uniqueness of the entire museum even before entering the museum’s perimeter. 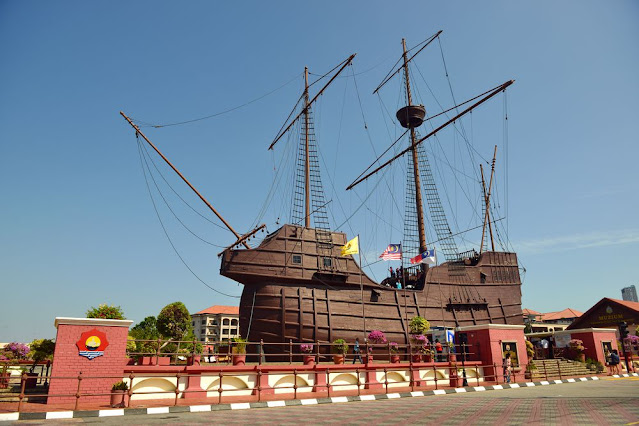 The museum was built as a replica of the famous Portuguese ship, the Flor de la Mar, which is said to have sunk en route to Portugal as part of a mission to bring back the loot.

While visiting this place, you can see many exhibits of artifacts collected from various eras of Melaka’s history.

Also known as Fortaleza de Malaca, A Famosa Fort located on Jalan Parameswara, Bandar Hilir, Melaka is a testament to the history of Portuguese colonialism in 1951.

One of the traces of the Portuguese in the city of Melaka can be seen from the existence of the A Famosa fort whose remains are still standing strong until now. Built since 1511, this fort is the oldest in Southeast Asia.

Although there is only one remaining, the gate of the fort still looks strong and can be used as an interesting photo object. A Famosa consists of the remains of a gate called the Porta de Santiago and is known to have been the administrative center of Portugal during the 16th century.