Beijing is often a destination for most tourists. Beijing is perfect for those of you who like shopping, cheap public transportation, and the food that doesn’t make your pockets drain more.

In addition to an affordable fee, there you can also visit places from contemporary Chinese culture to traditional arts and history for free, you know.

The tighter the budget, you can still enjoy the whole series of traveling while in the Chinese capital.

What destinations can tourists visit for free?

Located in the heart of the city, Tian’anmen Square is Beijing’s most iconic landmark and a national symbol of the People’s Republic of China.

As the world’s largest public square, for all its military splendor and Soviet austerity, it is a monumental sight with an atmosphere that is both tense and eerie.

The square sits between the socialist realist architecture of the National Museum of China and the Great Hall of the People.

The right time to visit is during the military flag-raising ceremony which takes place every day at sunrise and sunset. But you have to come a little early to get a good view.

At the center of Tian’anmen Square lies one of Beijing’s most surreal sights: the tomb of the founder of communist China, Chairman Mao.

Tourists flock here from all over China’s provinces and even from other countries to pay their respects, with long queues to catch a glimpse of the Chairman.

Despite Mao’s wish to be cremated, his body was formalized and put on display here, where it has been publicly viewable since 1977. 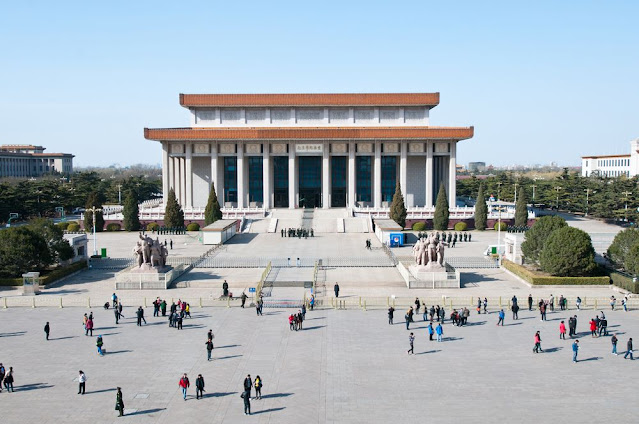 You can come to the great wall which is one of the country’s most enduring symbols. Beijing is one of the best places to start the journey to the Great Wall.

Here you can get a more peaceful experience, away from the hustle and bustle, as befits a view of such splendor.

Located about 100km (62 miles) from Beijing, there you can see stunning views and is worth a visit for hikers and photographers who want to have a collection of cool photos.

There is more than one great wall to see in the Beijing area. Like the Ming City Wall Ruins which stretch for 24 km (15 miles) around the city, this wall is the last remnant of the 15m (49 ft) high wall.

Today only two km (1.2 mi) remain which was torn down to accommodate Beijing’s ever-expanding highway and subway system.

Set amongst peaceful gardens, these ruins make for a pleasant place to stroll and you can enjoy a piece of history while also contemplating what Beijing would be like in 500 years from now. 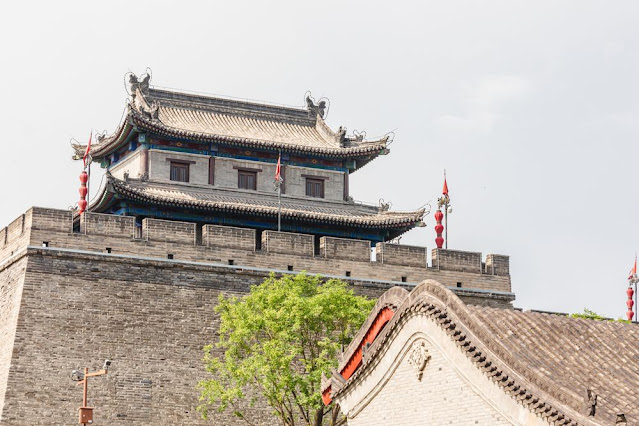 The Beijing Exhibition Museum, located in a 1950s Soviet-style building overlooking Tiananmen Square, is a vast space covering 5000 years of Chinese history through all dynasties and ages, including Buddhist and Bronze art and sculpture.

Other free museums you can visit include the Overseas Chinese History Museum for an interesting background on overseas Chinese settlements, the Lu Xun Museum for celebrating the father of modern Chinese literature, the Capital Museum for some wonderful artifacts, and the Beijing Museum of Natural History for dinosaur fossils ( among the many other species on display, including some of the taxidermists in question).

In addition to the permanent collection, the museum features ever-changing themed exhibits on everything from ancient silk scroll calligraphy to contemporary Chinese abstract painters. To enter, you must bring your passport.

If you are an art lover, this place is perfect for you to visit. This sprawling arts precinct dates back to the 1950s factory, complete with faded cultural revolution slogans still visible on the ceiling. 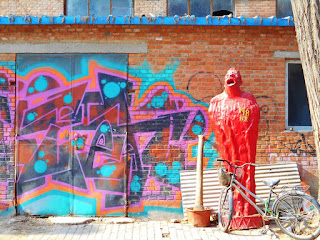 Today it has grown into a complex of galleries and public art installations featuring full play from emerging and established artists, as well as cafes, design shops, bars and live music venues.

Without a doubt, one of Beijing’s highlights is the traditional hutong residential area.

This distinctive neighborhood consists of a maze of bustling alleys with the sounds of local residents like endless children playing mahjong.

Unfortunately, many hutongs have been destroyed to make way for roads, but there are still areas that you can visit , such as around Drum Tower, Lama Temple and Xisi area as well as Dashilar, the last of which is a former red light district .

While many come to Beijing in search of old-world charms such as palaces, temples, gates, drum towers and pavilions, the city also boasts cutting-edge futuristic architecture on par with the world’s modern metropolises.

There is no more iconic example than the National Stadium, known as the Bird’s Nest which was the venue for the 2008 Beijing Olympics and the 2022 Winter Olympics.

The building is located next to the National Aquatics Center which is better known as the Water Cube and was used in the Olympics and has a foamy exterior which is also illuminated at night.

Other contemporary buildings are the silver National Center for the Performing Arts, which jumps out of bodies of water like a giant plume of mercury, CCTV Headquarters or Big Pants, and Beijing’s tallest building.

Not only the shopping center and a series of local attractions that attract attention, but here there is also a flea market that can spoil the eye through the goods sold.

This Beijing Panjiayuan will not disappoint with its many stalls offering antiques and handicrafts.

You can explore to buy unique mementos and make your trip even more fun.